It is the 15th of March.  It's a special day for me (in a good way).  However it is also known as the Ides of March - the day of betrayal - from Shakespere's Julius Ceaser. It was the day Julius Ceaser was betrayed by his closest friend Brutus.  All Julius Ceaser could say was "Et tu Brutus?" when Brutus stabbed Julius to death.

There are many stories of friendship and betrayal in this world (another one is Judas's betrayal of Jesus).  I am sure all of us in our lives can remember a friend who lost our trust, who told us lies, who was not there for us when we needed them or they were just not the person you thought them to be.  And then we also have friends who have stood by us - no matter what and no matter for how long.  These are very few. (If you have them - cherish them!)

Read my previous blog on Friendship.

Betrayal means a loss of trust and/or to be disloyal to someone.  There is a saying that keep your friends close but your enemies closer.  I think sometimes we are more prepared to deal with our enemies than with our friends because we spend too much time observing them and analyzing them.  So much so that we sometimes lose sight of our friends.  These friendships, if not maintained, have the potential to turn sour.

There are hardly any friendships across genders because the truth of the matter is that men and women can never be "friends" (personal experience also).  The only "friendship" (if it can be called that) is between Radha and Krishn; which is more like pure love rather than a friendship.  But still, it is a relationship without the cultural boundaries of marraige.  But apart from that one example, male-female friendships are not possible. 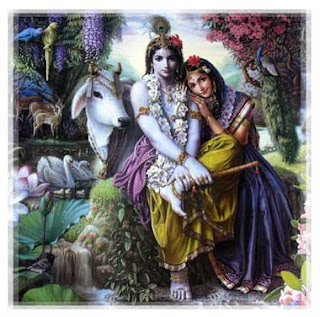 So, my wish for everyone today is to hold your friends closer ..... rather than your enemies. That way when it comes time to fight with an enemy you will not be alone.

So instead of the "The Day of Betrayal", lets make it a "A Day of Loyalty".